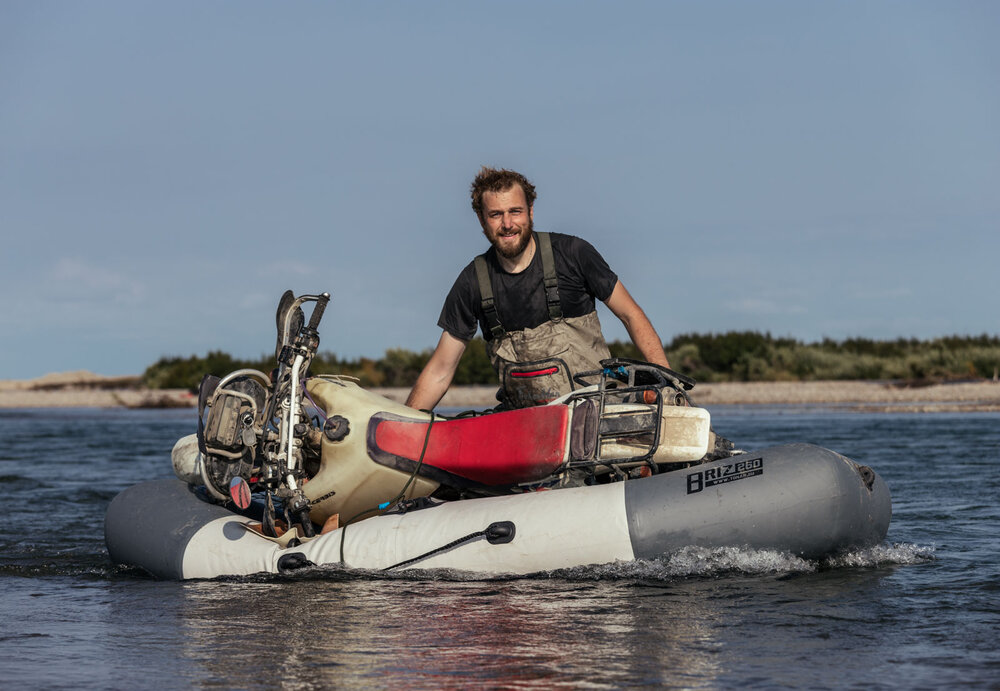 Can you tell us a little about yourself?

My name is Anatoly. I live in Russia. I was born in 1984 in the Republic of Tajikistan. In the early 90s, my family moved to Russia. Since my youth, I was fond of motorcycles. After graduation I went on my first motorcycle trip to Lake Baikal. An important turning point for me was a trip to South America, where I spent over a year with a Honda XR250 Tornado.

You have completed an incredible journey through Russia. Did you plan much of your route and if so, which parts?

Since 2015, I have focused on traveling in the far north. In 2019 I crossed Chukotka, completing a two-year trip Round Russia. The Chukotka Peninsula is located in the extreme north of Russia and is washed by the waters of two oceans: the Pacific Ocean and the Arctic Ocean. It was difficult to plan a trip to the peninsula. There are no roads to Chukotka. To get there I tried 2 ways: across the Arctic Ocean on a big cargo ship and along the river Kolyma on small boats. On Kolyma River I had to change 3 boats to get to Chukotka.

The journey along the Kolyma river begins at the pier near the village of Seimchan. The whole journey took about a week and covered 1500 kilometres. One of the boats I took a ride with was a barge transporting products to the Yakut town of Srednekolymsk. 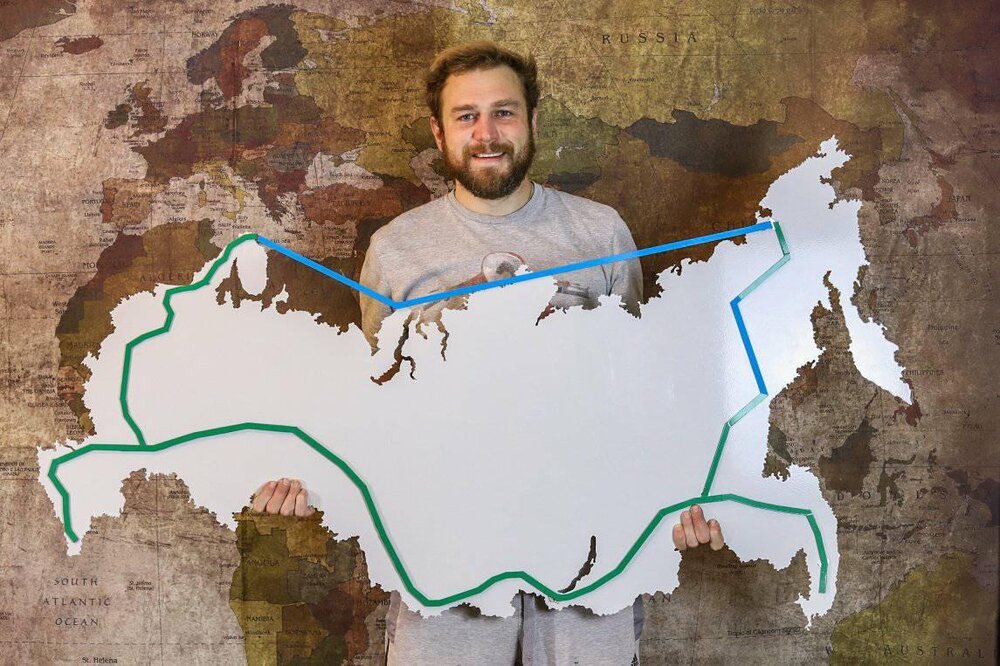 What was the craziest thing that happened along the way?

To get to the Kolyma River, you have to pass the Road of Bones. I like this region for traveling by motorcycle and I tried to pass all historical places along the way, including an abandoned section of the road (Old Summer Road) and abandoned Gulag prison camps.

Why did you chose the Honda XR250 Baja for your adventure?

On my first trip to Chukotka in 2018, I went with my Honda XR650L and had to use big trucks to cross rivers. I didn't have time to get out before the end of the navigation on the Kolyma River, so I had to leave my bike in Bilibino and fly home on a plane.

The next year I decided to do the river crossings myself, so I took another motorcycle (the Honda XR250), an inflatable boat and another way back to Chukotka. For the second attempt, I found a companion, Kyle Johnson from China and together we drove the route from ocean to ocean.

I had no doubts about the right choice of the XR250. On a small bike you have more correct gears for off-road riding. On the large bike it was often an unpleasant position between first and second gears. In the first, second or third gear - it crawls. For riding on a hard dirt road, I will take a large XR650L, but if I go to the rivers and swamps, I choose the small XR250. 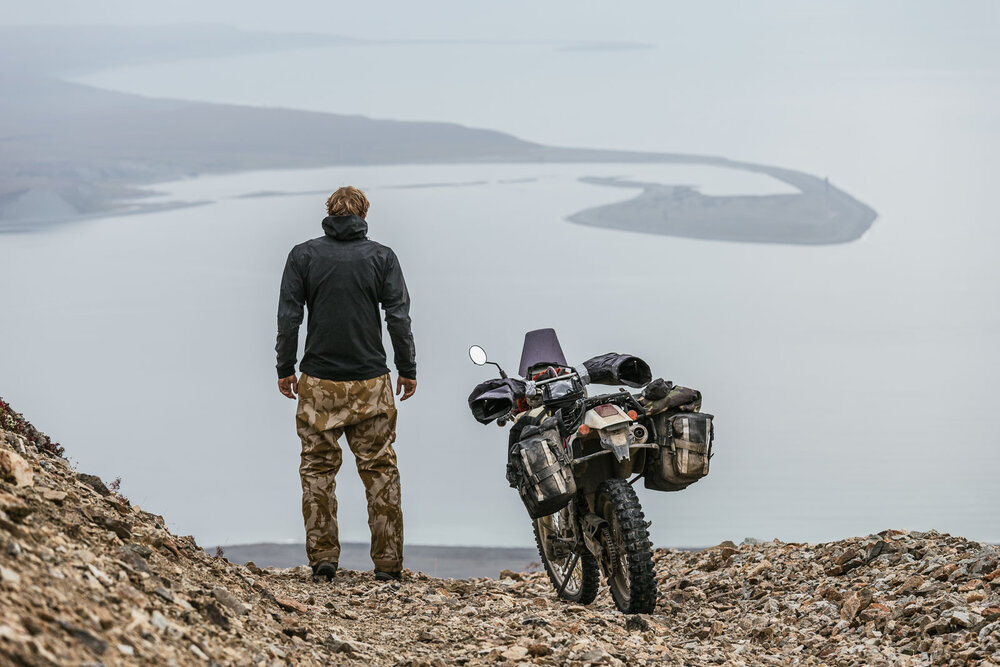 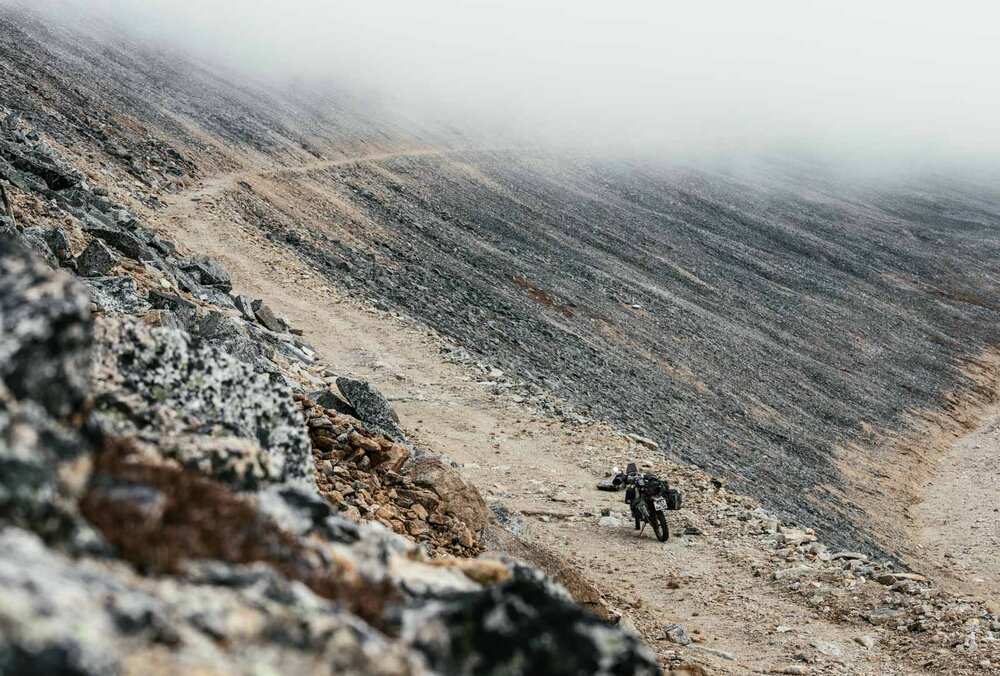 Could you name 5 pieces of essential equipment/gear for a trip like yours in the Arctic region?

How did you come up with the idea of bringing an inflatable boat on your trip?

On my first trip to Chukotka 2018, I used big trucks to cross rivers. Next year I decided to do it myself and took an inflatable boat for it and lightweight motorcycle Honda XR 250 Baja. The first tests of an inflatable boat I did in the town of Bilibino. It took two days to learn how to cross rivers with the bike on a boat. The bike nearly drowned on the first test on a small boat.

The boat that I used eventually was a two persons PVC boat with capacity of 210 kilograms. It weighed 12 kilograms! 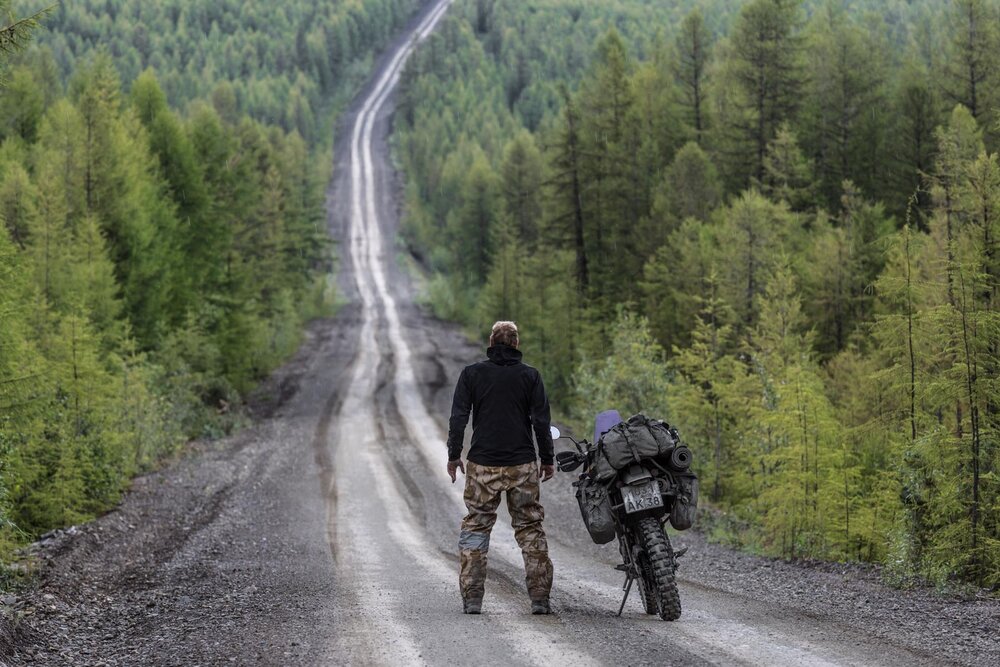 What important lessons did you learn from crossing rivers with your own inflatable boat?

It was scary to use a boat, especially when water in mountain rivers was rising after the rains. One day I had to wait on the river bank for 3 days before the weather improved and the water level decreased.

You drove the famous “Road of Bones” not once, but even twice! Can you share some of your experiences riding this road?

The Kolyma road has a historical branch Kubume - Tomtor - Kadykchan. The Old Kolyma road (Old Summer Road) was built much earlier than the existing road, and nowadays it is becoming more and more abandoned. The Old road to Magadan is 200 km shorter, but the short straight road only looks tempting on the map. You can reach the cold pole in Oymyakon, which is near the village of Tomtor, even on a heavy motorcycle in dry weather. From here the road is difficult to pass. Behind Tomtor, real adventure begins for the bravest and most prepared travelers. Wooden bridges have collapsed. Rivers and swamps have drowned pieces of the road. I was lucky to pass this road twice to realize I was ready for Chukotka.

What is your best tip for any ADV rider who would want to ride your route through Russia?

If a trip along the Bones Road became accessible to everyone, Chukotka still remains difficult to reach. Almost the entire territory of the peninsula is beyond the Arctic Circle. Almost nobody knows about it, but two unique geographical lines intersect here: the line of 180 meridians which divides the Earth into western and eastern hemispheres and the line of polar circle. There is an unusual monument here, standing lonely in the tundra of Chukotka.

This monument in the east of Asia symbolises the sun and the endless beginning and end of the day. At dawn or dusk, in any part of the world, remember this distant land where the sun begins and ends its journey. Don't miss it!

Where can we follow and read more about your adventures?

I have just finished the book "Between 2 Oceans", with details of the trip to Yakutia, Kolyma and Chukotka. The best stories and photographs in 2 years of travel. If you plan to go to Siberia, it will be useful for you to study this book. Detailed information about my travels can be found on the website and in Instagram. 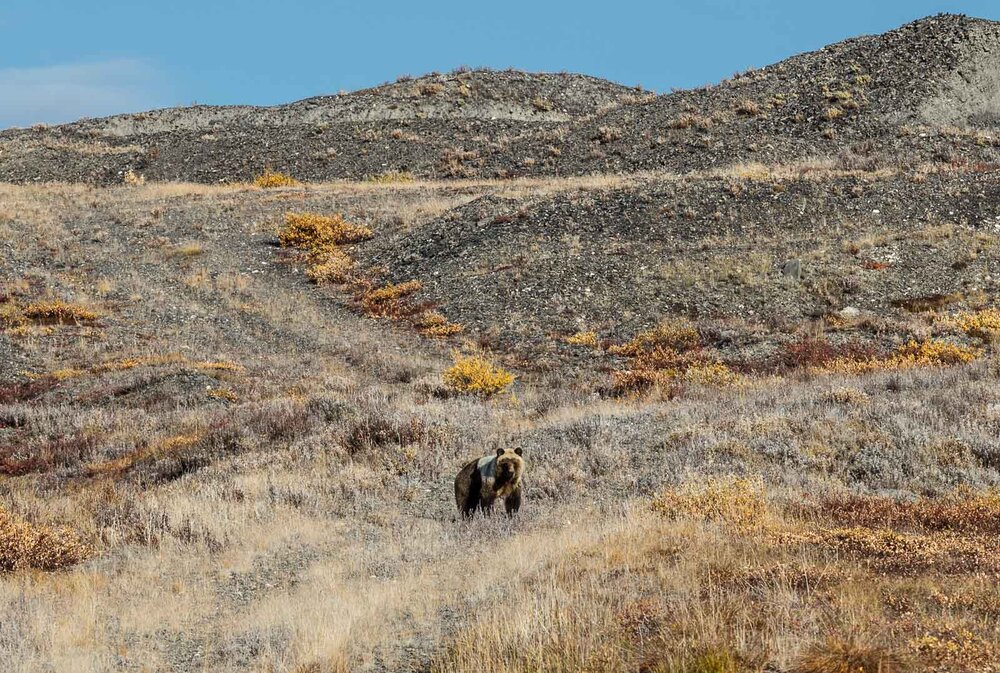 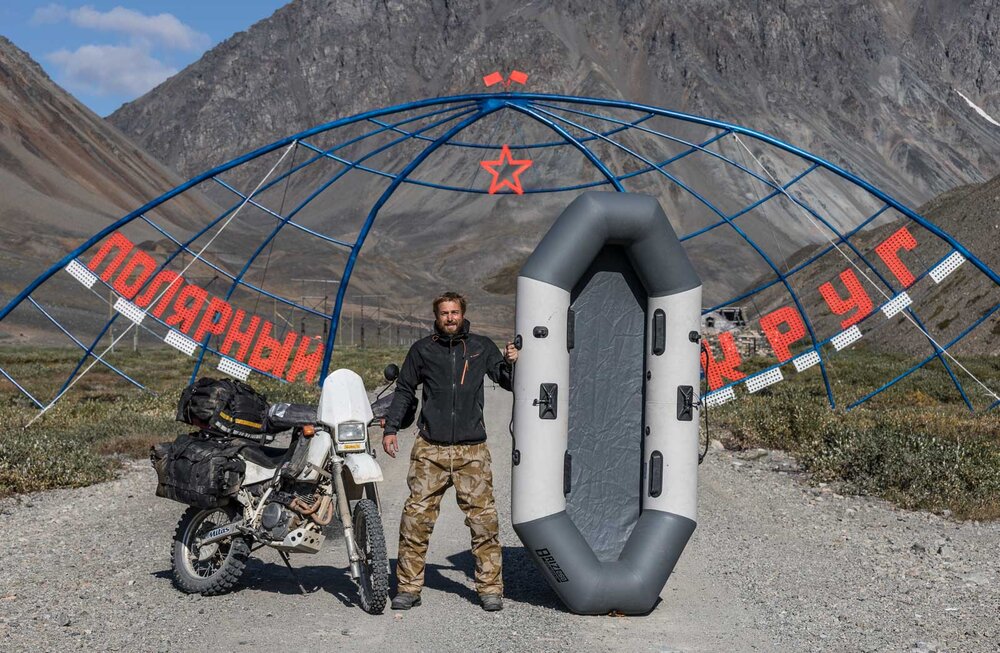