Stories from the road Europe
1 January 2021

At the end of each year, many of us look back ánd look forward to the next year to come. Maybe this year even more than the previous ones. The year 2020 will forever go down in the history books as the year of the pandemic. I can not think of a single event in humankind's history, that literally affected the lives of every single human being on the globe. Of course, some were much more affected by the pandemic than others, but all of us noticed the changes regardless.

The virus outbreak has also affected my life and I look back at this past year with mixed feelings. The year 2020 started out with a small disappointment as I wanted to celebrate New Year 2020 on the beach in Chile. But weeks of civil unrest in Chile, made the government decide against the usual fireworks show. It turned out to be a night of no celebrations and empty streets. I was alone and went to bed early. 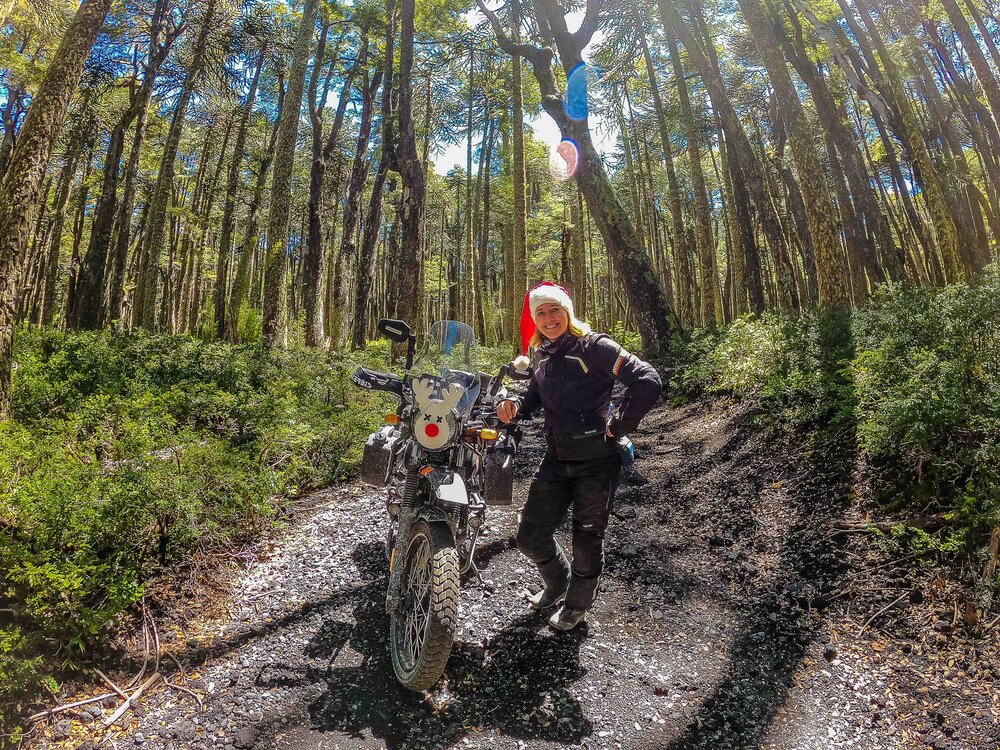 When things were still normal

It was just a tiny setback during a few otherwise excellent months. I loved riding in the Andes, crossing countless borders between Chile and Argentina. It was exciting to ride in this part of the world, where gravel roads were more common than paved roads. Often it felt as if I owned the mountains. There was usually nobody on the road, just me and my motorcycle Dhanno. It was the ultimate feeling of freedom and I still smile thinking back at it now.

After 5 months of exploring Chile and Argentina, I was longing for a change and I still remember the ecstatic feeling of crossing into Bolivia. I had chosen a difficult route to do so, riding over the high mountains that took me up to 5000 meters of altitude. It was scary and thrilling at the same time. The feeling of accomplishment once I reached the paved road again was enormous.

I had big plans for Bolivia. Many motorcycle travelers choose to follow the ‘quick' route through Bolivia, but I was planning to fully explore every corner of this country. I wanted to find the most remote, off-the-beaten-track, paths. By now it was early March 2020 and after the start of the Covid-19 outbreak in China, Europe was now the epicenter of the outbreak. I heard rumors that Bolivia was planning to close the airports, and maybe even the land borders. I panicked and fled to Peru.

I expected the borders of Peru also to close for a couple of weeks, but I thought I could use that time to slowly make my way North through Peru towards Ecuador. As we all know now, it wasn't a matter of weeks after all. Peru went into a full lock-down, and I was stuck in a small village with people afraid of Europeans. In hindsight, I got out of Peru very quickly. I am still thankful for the help and support I received from the Dutch Embassy, whose people worked around the clock to get everybody out of Peru. When I set foot again on Dutch soil, I felt disorientated and my dream of reaching Alaska was shattered. 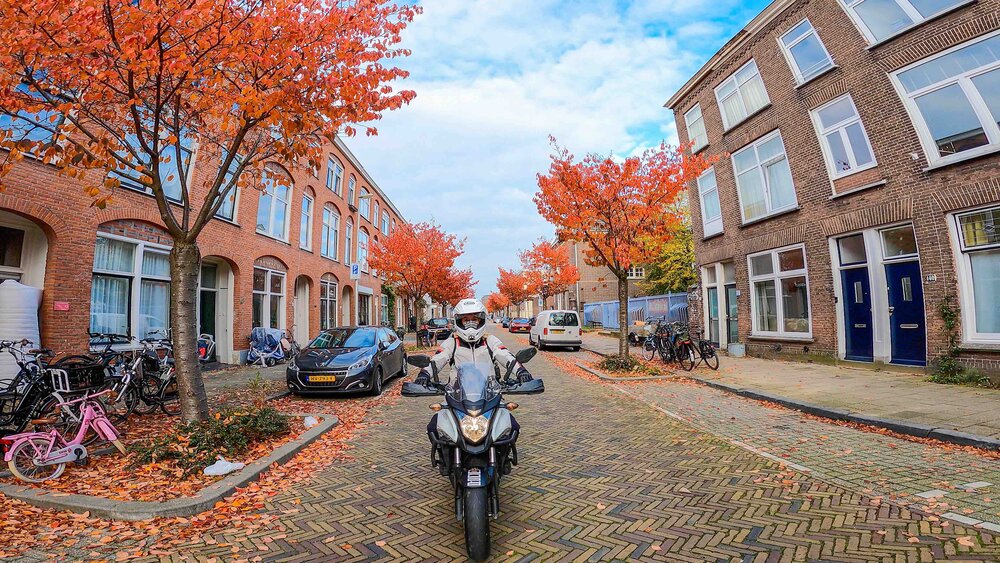 Besides that my dream of traveling from Patagonia to Alaska had been shattered, documenting my travels around the world on a motorcycle had also become my way of living. Sitting around not doing anything, would not generate an income for me to live from. So I invested time and money in different new projects that would contribute to the further development of myself as a moto-vlogger and Itchy Boots as a name within the motorcycle world. A new logo, a new website, a webshop with Itchy Boots merchandise were some of these projects. I also started creating motorcycle content within my own country. It turned out that all of this kept me so busy that I worked even harder than when I was traveling and creating videos in South America!

Working so hard kept my mind occupied and away from the imprisoned feeling that I usually get when I spend a few months in The Netherlands. I am a traveler, I have always been one. In the past ten years, I was out of the country for at least 6-8 months each year, or more. I just don't do well staying in one place for a long time. Itchy feet, remember…

Luckily, I was able to travel for almost two months in Iceland and Scandinavia during summer. It was a trip with lots of rain and changing rules regarding travel, but it was a fantastic break from my stay in the Netherlands. I enjoyed every bit of it. When I returned to The Netherlands, I was hoping to spend winter exploring the South of Europe. Those plans quickly vanished when numbers were rising again and many European countries went into lockdowns once again. I decided to make another video series in The Netherlands and explore the Dutch motorcycle scene, trying out different disciplines, and learn new skills.

But the feeling of having to leave, to go out there and travel, is becoming stronger and stronger. At the same time, the possibilities of creating good, engaging videos in the Netherlands are getting smaller. I am running out of work here. So I am spending more and more time thinking about how I can travel again in a responsible way, and start living my life as a motorcycle traveler again.

Crossing borders on a motorcycle remains extremely challenging and risky. The temporary import rules of a vehicle are an obstacle in case a country suddenly locks down again. Also, many countries are not issuing any visas yet. I am considering all my options and am preparing different scenarios. Traveling without a specific plan, as I used to do, will not be possible in 2021 I'm afraid.

I think that one way or the other, everyone is trying to pick up their lives again as much as we can within the new ‘normal'. Putting your life on hold for a year was hard, and to me, it feels like I have reached my limit. So, somewhere in the next two or three months, I hope to ride again. To take you with me on a new motorcycle adventure. To bring some light and positivity into people's homes with videos of beautiful places and friendly people! Let's go!

Gear and Equipment for Itch... Flat Track Racing in the Ne...

Thanks for the SA series, Let us know when you relo to the USA to tour the states, ride the dragon and climb Pikes Peak, or, rather than those over exposed places, hit up your US followers /crew from some other cool places to see and ride.

Looking forward to seeing you in North America.

Dhanno as a reindeer and your cap was one of the cutest thinks you did in South America.