Stories from the road Europe
15 October 2020

How to plan a long motorcycle trip? It's an often-asked question and a hot topic amongst us riders. From my point of view, you always need a basic plan or idea of where you are heading but avoid planning in too much detail. This is the reason why.

The North of Sweden is part of Sápmi, the cultural region traditionally inhabited by the Sámi people. Nowadays, this region stretches over four countries: Sweden, Finland, Norway, and Russia. I only knew this region as ‘Lapland' in English and Dutch, but later I learned that Sápmi is the correct name for this region. Nowadays the Sámi people only make up 2.5 to 5% of the population in this region. Before arriving there, I was unsure if I would get the opportunity to speak with some of them about the Sámi culture.

Because I didn't expect to find people to talk to and learn about Sámi culture, I visited the Sámi museum in the town Jokkmokk. And while the museum had incredible pieces on display and lots of information, I left the museum with an unsatisfied feeling. Yes, I learned something about their history and how they used to live here but I was a lot more interested in how life was here now. I had heard that many Sámi people still live from herding reindeer and I wanted to know more about their current lifestyle.

So after my visit to the museum, I went into town to have some lunch before going to my accommodation. It was already quite chilly to sit outside but because there were some blankets I decided to sit there anyway. And I am so glad I did!

In the meantime, Ronin, who was parked just around the corner, got recognized by Karina and Mikael. They have been following my channel for some time and when Karina saw me sitting outside the restaurant, she came over to say hi. Soon we were engaged in a fascinating conversation about Karina's heritage.

She never knew that her mother was Sámi and only learned about it about 15 years ago after her mother had passed away. I felt so grateful that Karina shared her story with me and her search to understand her own heritage. She was speaking so openly and warmly, it made me feel as if I could ask her all the questions I had. Which I did! When I finally left the restaurant, I had learned so much more about the Sami culture from this amazing woman than my visit to the Sámi museum.

But I was in for more interesting and coincidental meetings with local people. I had booked a floating cabin on a lake for that night which should have amazing panorama views. Via email, I received instructions on how to get there. The owner couldn't show me the place himself as he was busy that afternoon, so he had asked a friend to show me to the lake cabin. His friend Jomi helped me carry all my things to the cabin and showed me around. While we were walking through the forest, we started talking, and as it turned out, Jomi was Sámi too. He and his family live from reindeer herding and all his reindeer live in the mountains in the Jokkmokk area.

In wintertime, they round up their reindeer using snowmobiles and they work long days in complete darkness. He told me many stories about his life and allowed me to ask any questions that I had. He also showed and taught me how to make a fire quickly and easily using the trees that grow in the Swedish forest. When he went back home to his kids and I was left alone at the lake in my little floating cabin. I thought to myself how amazing the day had turned out that these people came on my path. 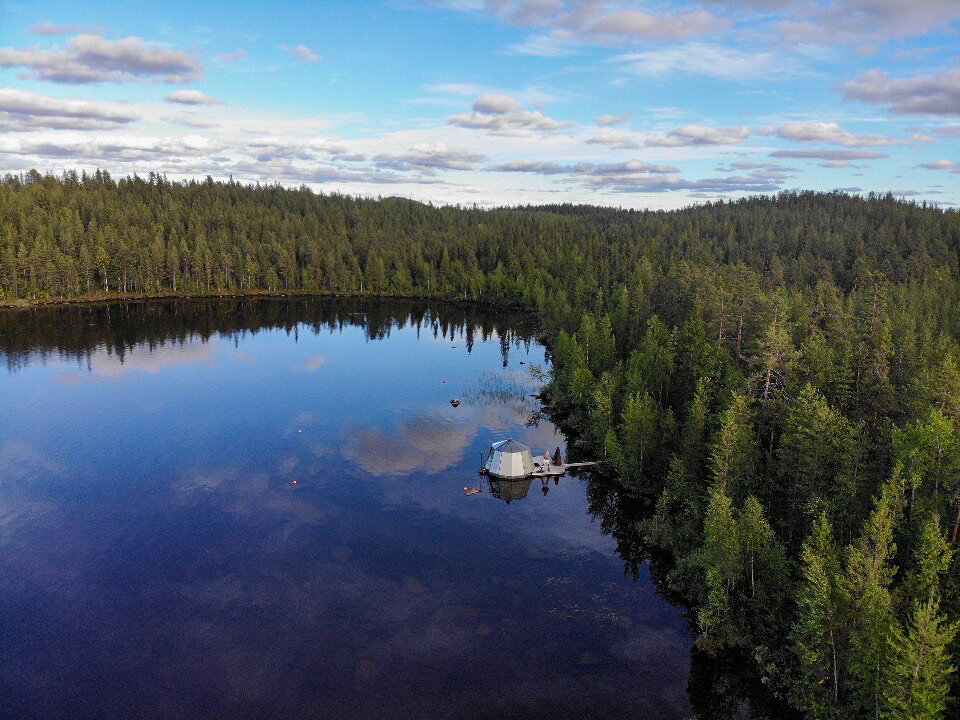 But it did not end there. The next day, I met Rámon who owns a lodge in Stora Sjöfallet National Park. I was at his place for my lunch and we started talking. He invited me to stay in the lodge for the night and arranged a helicopter flight over the area for that afternoon. I just had to see how truly beautiful the place was, he said. I didn't have to think twice, and immediately changed my plans. Instead of riding to Gällivare, I stayed in the National park and hopped on the helicopter.

The views from the helicopter were simply breathtaking. The way that the sunlight touched the mountains and rivers below was just magical. We could see reindeer herds roaming around, snow on the mountain tops and we almost touched the clouds. Again, I felt blessed and lucky.

It became clear once again, that the best things happen when you don't have a tight schedule or plan. When you can say yes to an invitation, have time to talk with the people you meet, and you just go with the flow. All of the people I have met, combined with the stunning nature of this region, made my visit to Sápmi unforgettable. I already know I will go back another time to visit it again, perhaps in wintertime! 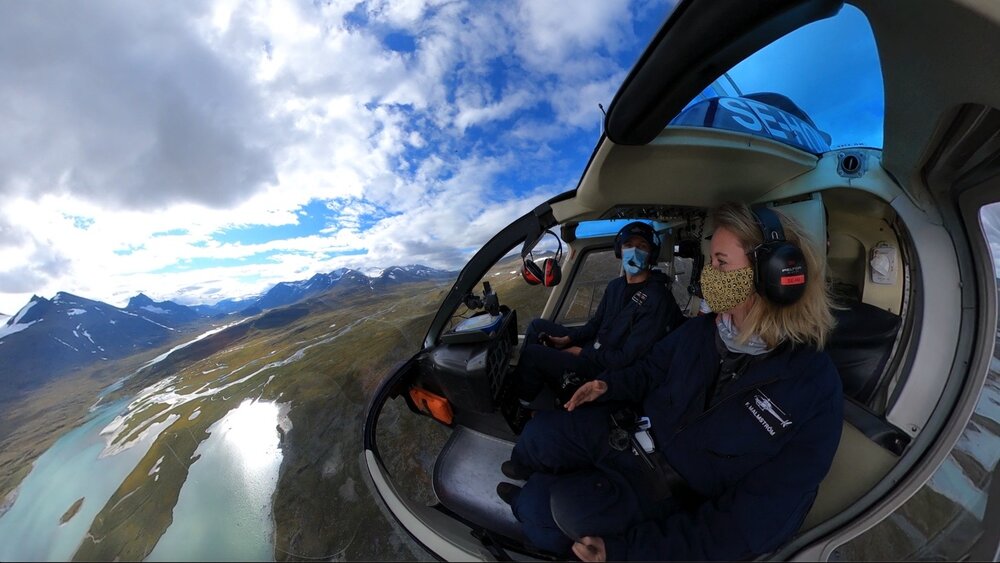 One of your best episodes, keep bringing the unexpected to us.

TT Assen - the racing heart of The Netherlands