In search of the sacred Bodhi Tree and arriving in Vaishali

Stories from the road India
9 December 2018

But riding out of Varanasi proved to be a lot harder than expected. A mere 20 meters after leaving my hostel, I ran into a very persistent obstacle. It was a cow. I have had several close encounters with stray cows in India before, but this one just did not want to move. As always, locals rushed to my rescue. Which was great although they are also slightly petrified. These cows may look cute and cuddly, but they can also be seriously aggressive. I've had cows swing their heads with their huge horns on them at me while trying to walk past them in alleys. And let's face it. They are massive animals. After several minutes and plenty of gentle nudges and pushes, the holy animal finally stepped aside and I could pass.

Just 60 kilometers south of Varanasi lies the Chandraprabha Wildlife Sanctuary. When planning my route from Varanasi to Bodhgaya I noticed this green spot on the map. Craving some nature after busy Varanasi, I decided to make a detour and ride through the park.

Spread over some 78 km2, the park supposedly has leopards, hyenas, wolfs, wild boars, nilgai (kind of antelope), sambar deer, chinkaras (some gazelle) and chitas (small deer). I didn't see any of these animals. But that might have something to do with my exhaust. Let's just say I made my presence known long before the animals could see me.

I did see some animals though. A group of grey langurs (monkeys) crossed the road chased by a Bengal fox. Needless to say that my GoPro was not recording at that time. 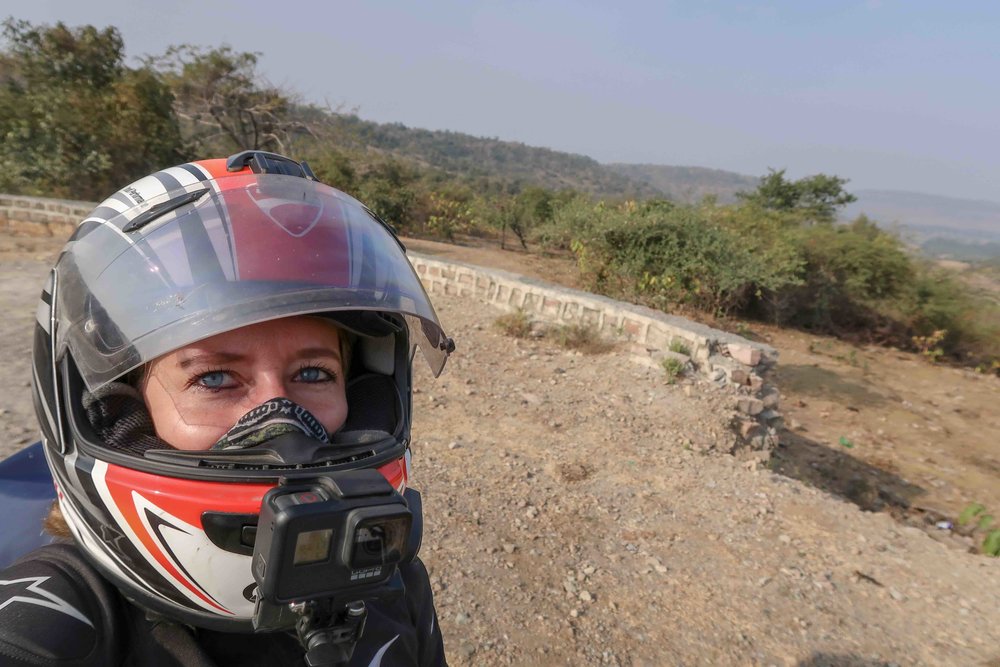 A long ride later, I reached Bodhgaya. Bodhgaya is to Buddhists what is Jerusalem to Christians and Mecca to Muslims. The Mahabodhi Temple Complex, now A UNESCO World Heritage Site, is the place where the enlightenment of prince Siddharta has taken place. You will find among others a temple, a Bodhi tree that is grown from a sapling of the original Bodhi tree, and several other sacred sites.

Besides its religious importance, the Mahabodhi Temple is also one of the first and best-preserved temples completely made out of brick. An extraordinary place to visit. Many believe that this temple will be the last site to go down when the universe ends. And that it will be the first one to reappear with the new beginnings.

What an incredible place this temple complex is. The energy is so vibrant and it was buzzing with monks, nuns, and pilgrims. All are here to meditate, chant, practice rituals, make offerings, and doing endless prostrations around the temple.

From the youngest monks that were maybe only 4 years old to the oldest monks, they were all paying their respects to this place. I have seen orange robes representing Theravada monks, maroon robes from the Tibetan monks, and white robes belonging to Buddhist pilgrims. It was an explosion of color and people.

The Bodhi tree itself was surrounded by devotees in silent meditation while the smell of incense filled the air. 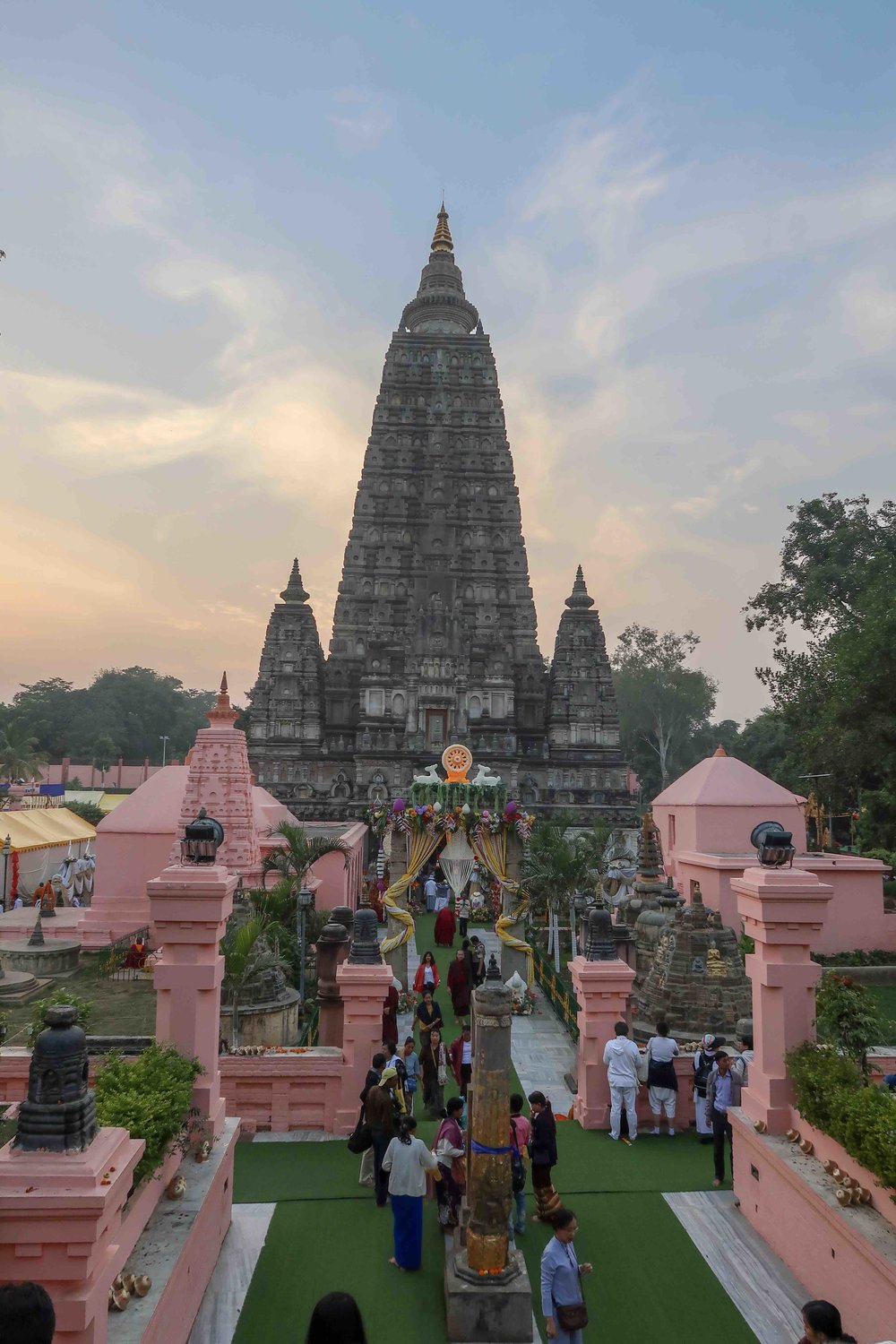 Patna, the capital of the state Bihar, would be my next logical destination en route to Myanmar. But, I had enough experience now with chaotic, noisy, congested, and polluted Indian cities. So, I decided to ride to Vaishali instead, 55 kilometers north of Patna. This ancient city is another Buddhist pilgrimage site and rich in temples, ruins, and history.

But things didn't go as planned. On my way to Vaishali, I wanted to visit the ruins of Nalanda. Nalanda was one of the largest ancient world's universities and a thriving academic Buddhist center. Some say that when foreign invaders set the university on fire in 1193, the library was so large that it burnt for 6 months.

The entrance to the ruins and museum is right at the busy market with the typical crowds, vehicles, animals, and the like. As I had all my luggage on my bike, I couldn't park Basanti near the entrance of the Nalanda. I rode around for a bit trying to find a safe parking spot but it was a mission impossible. I had to leave Nalanda without seeing the ruins.

When I finally arrived in Vaishali, I had to do some maintenance on my bike. My chain was a bit loose, and even though I thought I knew how to tighten it, it still took me ages to do so. When I finally got the job done, it was getting dark and I was tired. So I did not see one single sight in Vaishali on my day of arrival.

Searching for fresh air in ... Through the heart of Uttar ...